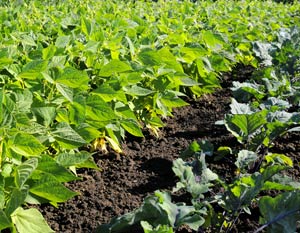 Expansion of Chicory farms across UP, Gujarat and Punjab

Nestlé started using chicory for its coffee blends in the 70’s. Chicory was grown only in Gujarat at the time and cultivation and post drying practices were very basic leading to high reducing sugar and mould growth in hand cut chicory.

Nestlé India was faced with a scenario where quality and productivity was poor. Due to this, we started chicory development in early 1990 in Gujarat, 1995 in UP and 2005 in Punjab. Nestlé’s biggest achievement was the introduction of chicory in Punjab and its rapid adoption by famers. The production in Punjab is over 1,000 tonnes and our efforts have received widespread appreciation from farmers and government bodies.

New initiatives such as line sowing, mechanisation of harvesting and washing of chicory were developed. This led to reducing the time between harvesting and drying of chicory resulting in a significant improvement of quality, especially lowering reducing sugar and increasing extractability. Nestlé has reached out to over 7,500 farmers across India through 7 suppliers.

We assist suppliers in upgrading technology for chicory processing and have introduced cubing machines which improve the drying of cubes and also provide technical assistance regarding post harvest roasting through improved roasters, cooling devices, grading and sifting equipment.

Nestlé’s contribution in quality and sustainable farmer – supplier – Nestlé model has been one of the key pillars in stability and foresight for reliability.