All about Chocolate- The ‘Feel Good’ Food! 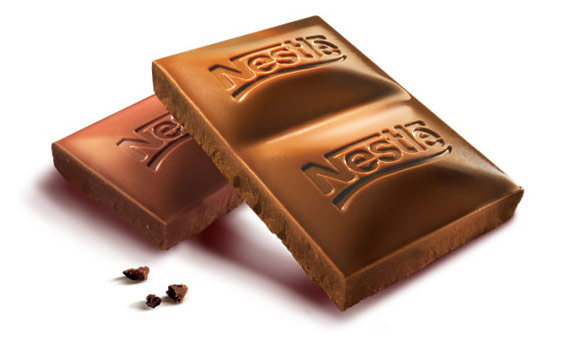 At work, watching TV, after lunch – we are often unexpectedly seized with the uncontrollable desire for something sweet. At such times, a piece of chocolate is just what you need to satisfy your sweet craving.

Happily today, there are many ways to indulge yourself with chocolates. You can opt for chunks of fine chocolate; delicious chocolate slabs, fruit chocolate treats, hot drinking chocolate or go for chocolate cakes and pastries. Interestingly, all of these yummy treats come from one single source: the cocoa tree!

Chocolate comes from the fruit of ‘TheobromaCacao Tree’ (colloquially known as the cocoa tree).

The cocoa tree belongs to the mallow family and is sensitive to the cold. It originally grew only in the Amazon region. It was brought over to Central America by animals. Here, the Olmecs were the first people to use it, in 1000 BC. Their descendants, the Mayans and the Aztecs, began to blend cocoa with water. The drinking chocolate that this produced was, however, very different from what we drink today. Both peoples spiced the drink with chilli or pepper.

The sweetened version of hot chocolate was first invented in Europe, probably after the Spanish conquistador Hernan Cortez brought the cacao beans back from Central America in 1529. For a long time, chocolate remained a luxury item of the European aristocracy. In the 19th century, however, it became possible to manufacture chocolate on an industrial scale, making it available to the wider population in the form of chocolate bars.

How is chocolate made: From bean to bar

The ovoid-shaped fruits of the cocoa tree are around 15 to 25 centimetres long. To make chocolate, both the pulp and seeds (also known as cocoa beans) are removed from the fruit, laid out on large plant leaves and covered with other leaves. The fermentation process begins within five to six days, whereby the pulp falls apart and the beans start sprouting briefly. Sprouting lets the cocoa beans develop their typical, slightly bitter taste. After this has developed, the bean is dried, roasted and ground until it turns into a viscous brown cocoa paste.

To turn this into chocolate, cocoa butter and sugar are added to the paste, along with, possibly, powdered milk and other ingredients. Finally it is rolled, heated, poured into a mould and cooled. The paste hardens during the cooling process and results in chocolate.

The many kinds of chocolate

Different proportions of cocoa solids can be used when manufacturing chocolate, which produce various sorts of chocolate.

In diabetic chocolate, the sugar is replaced with fruit sugar or sorbitol. In addition to ‘pure Chocolate’, this sweet treat also comes in different flavours and with a variety of fillings, such as strawberry or nougat.

Chocolate is a real heavyweight when it comes to being a source of energy. A 100 gram bar of milk chocolate provides 450-500 calories, but does not contain significant amounts of vitamins and minerals. This makes it more of a treat than a foodstuff.

Did you know that chocolate contains ingredients that protect the body's cells? The cocoa in chocolate contains what are known as phytochemicals. They have an antioxidant effect and thus help protect the cells in your body. Unfortunately, these beneficial effects of antioxidants are minimised by the addition of milk to cocoa. They only come into play with milk-free plain chocolate that has a high percentage of cocoa solids as compared to sweeter varieties. So, the darker and more bitter the chocolate, the more cocoa - and thus antioxidants, it contains.

Chocolate makes you feel good – in more ways than one!

On a bad day, do you feel digging into a bar of chocolate gives you a mood-lift? You're not far from the truth. The ‘feel good factor’ in chocolate is the amino acid tryptophan, which is also a component of the ‘feel good hormone’ serotonin. This hormone has an effect on the brain and can lift a person's mood instantly. So chocolate can, to some extent, sweeten a bad day. So the next time you feel out of sorts, take some time to really savour this sweet treat.

And remember: when it’s cold outside, a cup of hot chocolate can help you to relax and brighten up the dark days of winter.

While no food is inherently "good" or "bad",the comparatively large amounts of fat and sugar contained in chocolate can lead to excess weight gain, if it is consumed in large quantities on a regular basis. Ideally, chocolate should be enjoyed as a special treat. Anyone eating an essentially varied and balanced diet can happily indulge in the odd sweet treat. The important thing is to keep an eye on quantities. Don't allow your sweet tooth to take over; instead stick to small portions, eg mini bars of chocolate like 2 fingers of NESTLÉ KITKAT or NESTLÉ MUNCH ROLLZ.

To enjoy chocolate to the full, try this little experiment: think about the piece of chocolate before enjoying it. Smell it. Now let the chocolate slide under your tongue and then over to the left and then, the right cheek. Savour the taste. Allow the rest of it to melt slowly in your mouth. Did you enjoy it?